Watch gifted carvers from throughout Central Oregon transform blocks of ice into works of art, showcased throughout the festival on Saturday and Sunday. The ice sculpture programming is sponsored by Hayden Homes, building better communities since 1989. 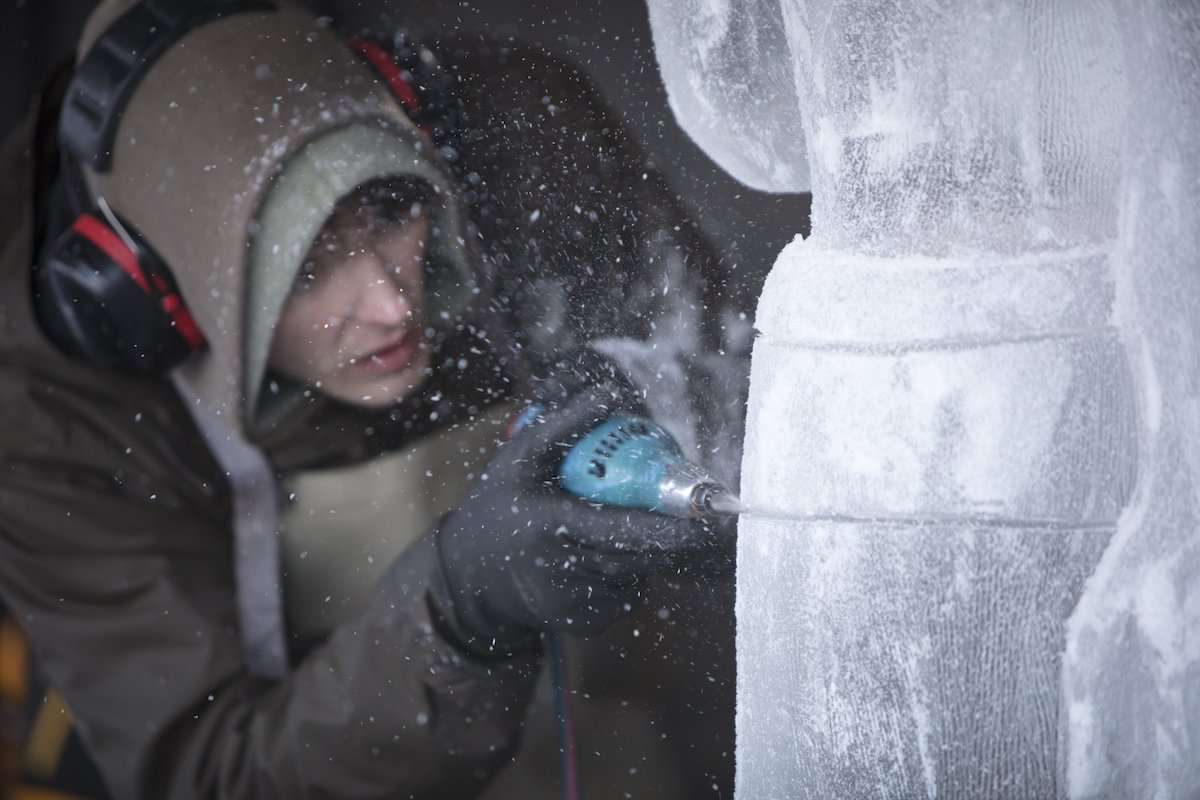 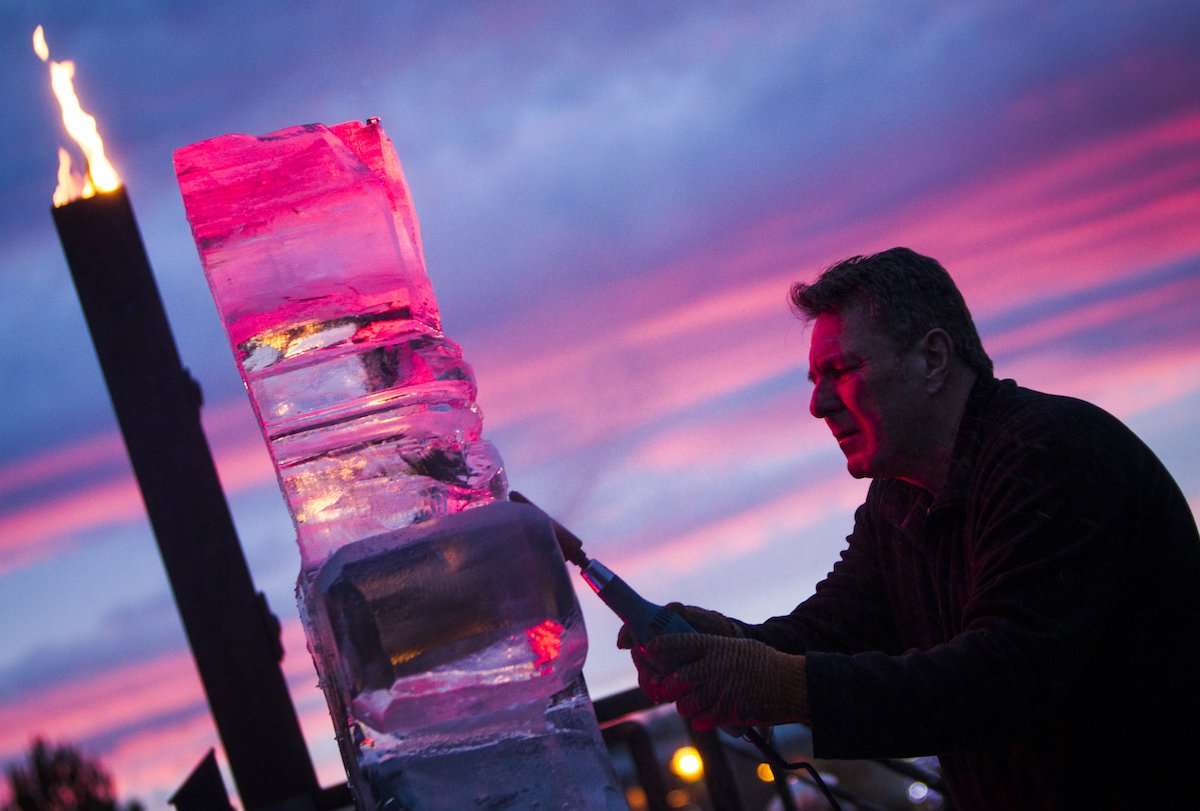 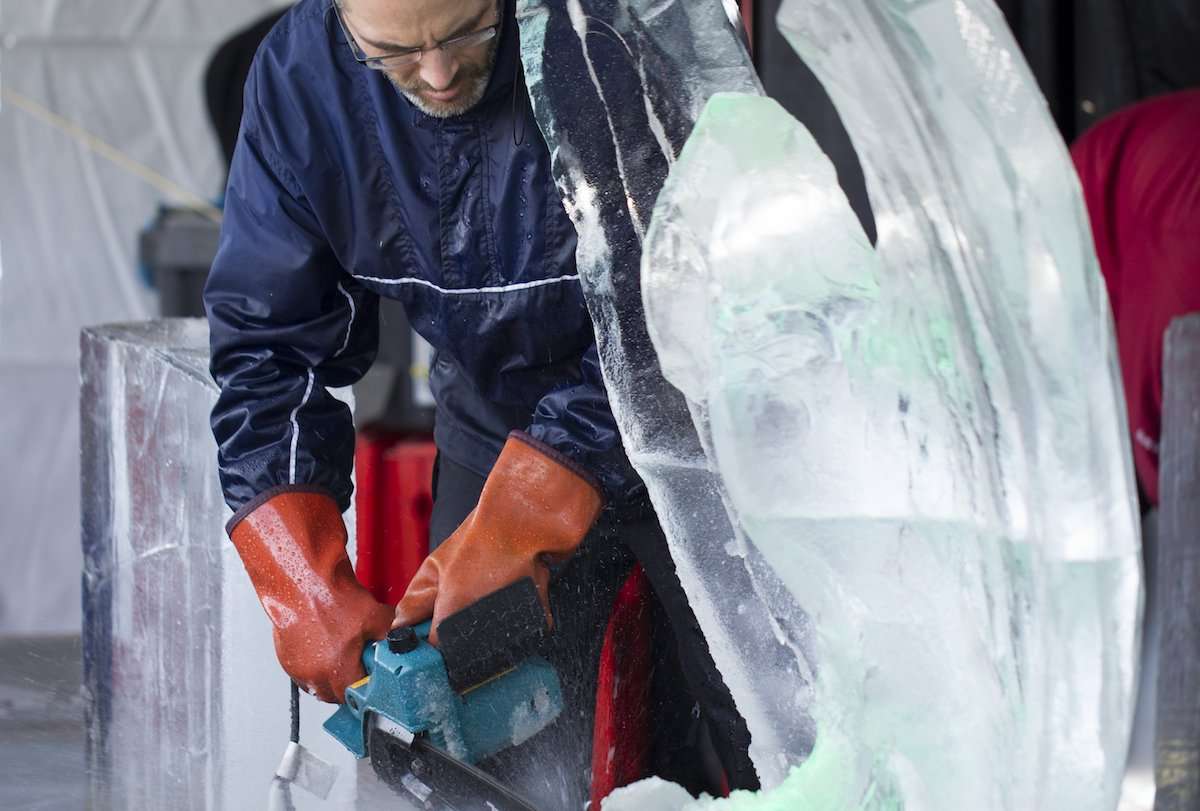 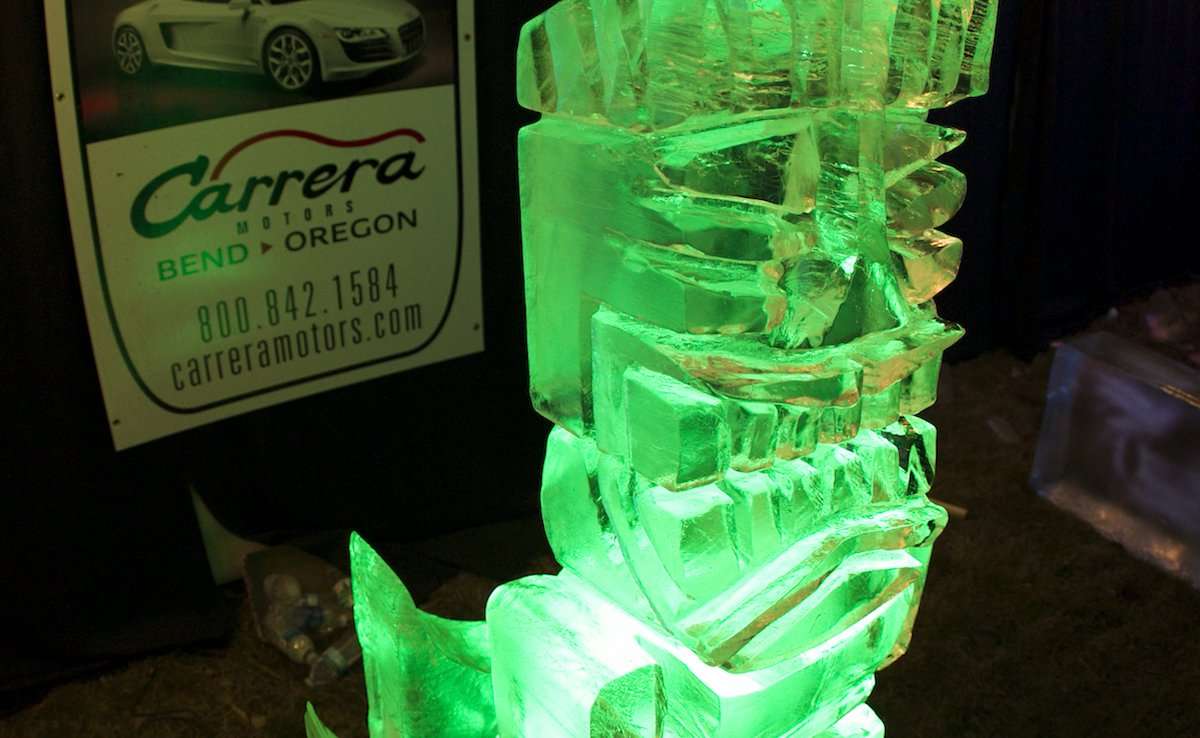 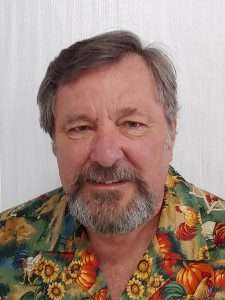 Russ lives in the South End of the Olympic National Forest. He’s been sculpting everything from ice, snow, wood and pumpkins for over the last 30 plus years. Russ has carved ice in  2 International competitions and many other competitions in Canada and Oregon and Washington State plus numerous carvings for individual and companies. Russ has carved for numerous fairs around the country such as Virginia, Illinois, Texas, California, Oregon, Idaho and Washington. He has been on TV extensively for the Food Network Channel,  HGTV,  Martha Stewart,  Tonight Show and Evening Magazine and has carved for celebrities such as Bill Gates and Vice President Al Gore. Russ was a member of the U.S. snow sculpting team for 3 years carving in Japan, China and Switzerland. 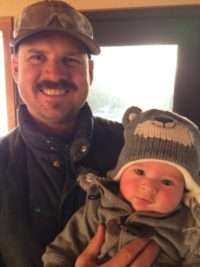 John Stark Born in Gaston Oregon in 1982 and moved to Sisters in the same year. He graduated from Sisters high school in 2000 and began an apprenticeship for his father Paul Stark. After several years working with his father on large scale public installations in New York ,Jon moved back home to Sisters where he has continued to develop his craft. Using mainly locally sourced woods such as Juniper, Ponderosa and Lodgepole Jon Stark creates striking one of a kind sculpture and furniture that reflects his love for the wild beauty that abounds here in central Oregon.

Lisa Donze is from Olympia, WA, and has been sculpting for over the last 10 years. She started out sand sculpting through Sand in the City and as her talent grew, she began to have opportunities to add snow, ice and pumpkins to her repertoire. When she’s not carving she enjoys her family and running an insurance agency.

A long time Bend resident and recent transplant to Hopewell ,Oregon Lynn Rothan describes herself as a multi media artist. Involvement in the OWF spans many years beginning with” Ali Baba”  a WinterFest  snow sculpture! Contemplating the ice carving event has been percolating for many years . I am  excited to explore this new medium.

Jon got his start by helping his wife and has assisted her in her carving for years including past Winter Festivals; this is his first year branching out and becoming a solo ice carver at Winter Festival. Will the former assistant keep up with his wife? Come watch them both carve side by side at Winter Festival 2020.